Back to all Case Studies

View Architects residential team takes commissions from large and small developers and householder clients. This project was carried out for a small developer wanting to maximise the return on a large site containing a dilapidated end of terrace property. 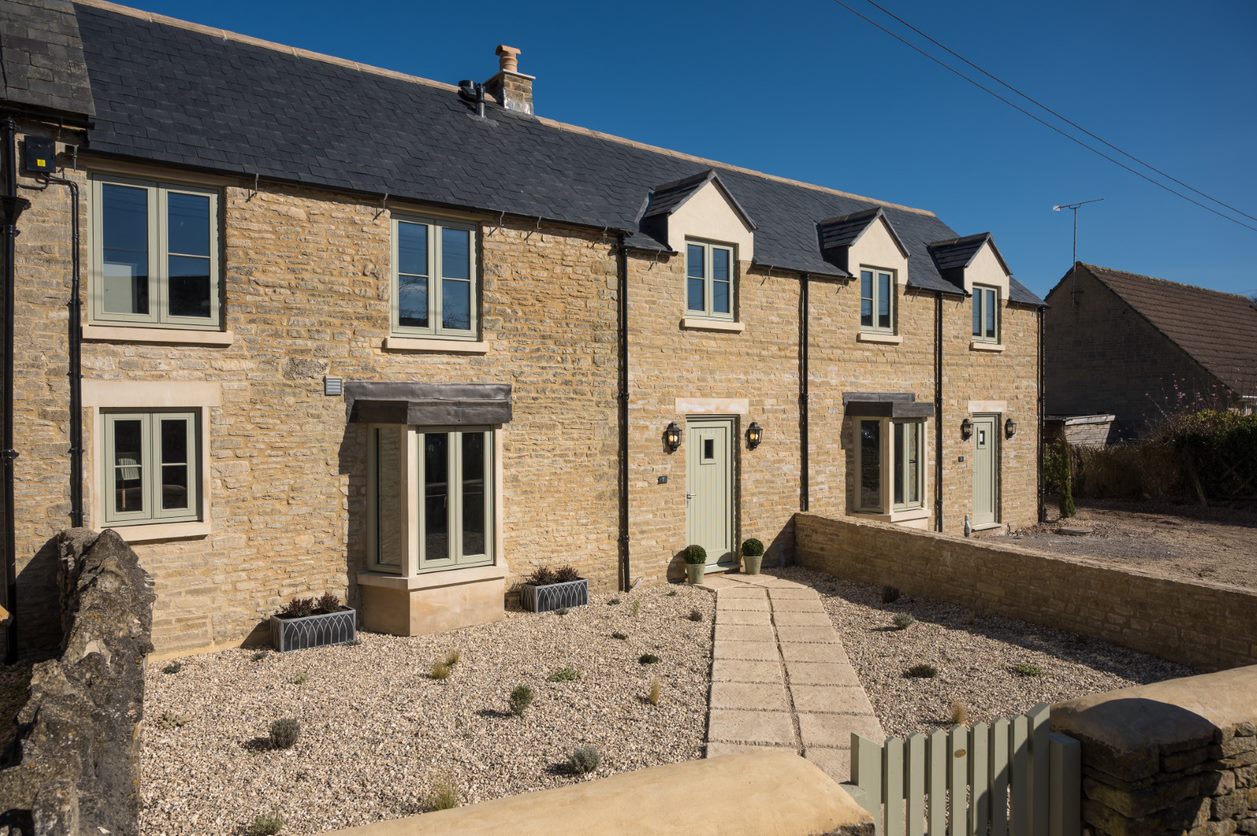 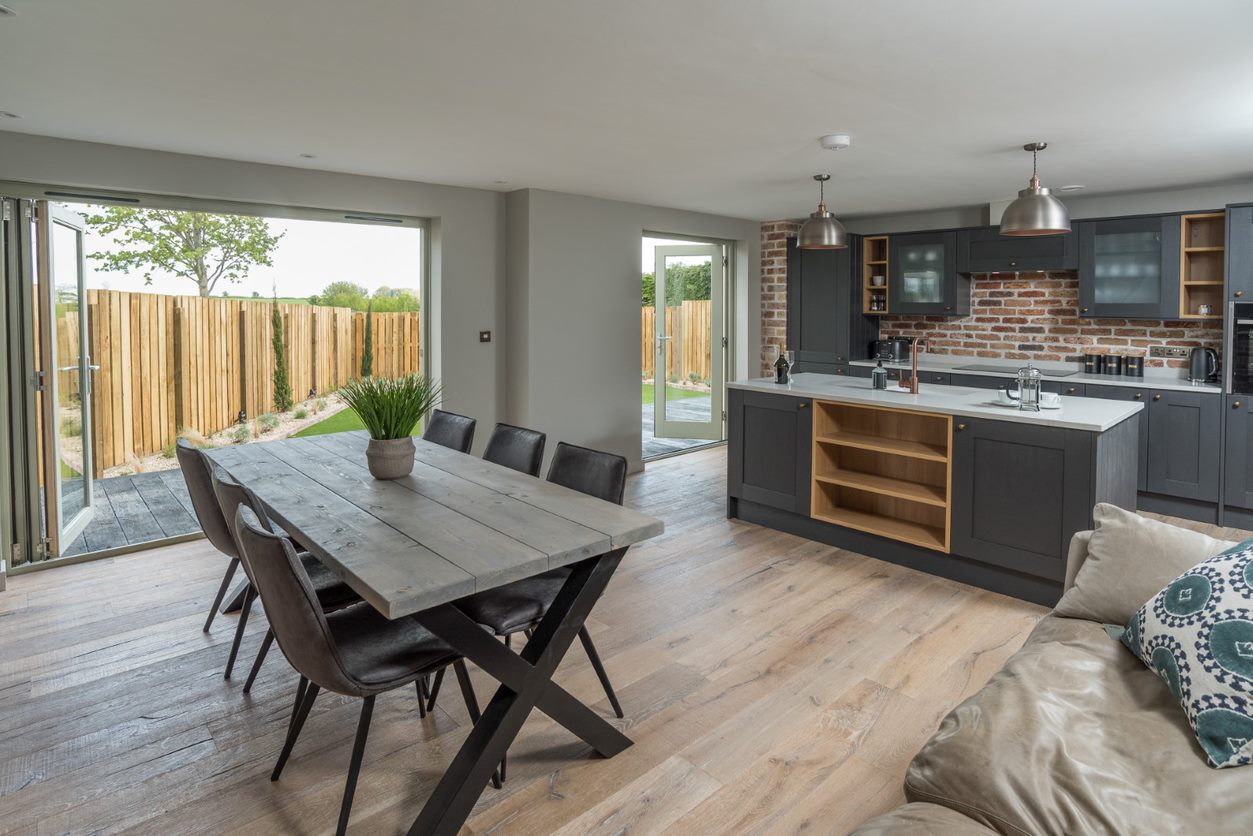 The site falls at the end of a very typical Cotswold terrace within a conservation area and opposite a listed building. Our client purchased this site with planning permission for a large extension. View Architects was commissioned to obtain planning permission for two dwellings. Although the site was sufficiently wide to build a pair of semi-detached houses. We believed an extension of the existing terrace with rear parking would be a more sympathetic intervention.

Our solution retained and refurbished the existing house. An extension was added to the side tripling the width of the building. One third of the extension became part of the original house with the remainder becoming a new dwelling.  The new façade borrowed the style and materiality of the Cotswold village, using natural stone and slate roofs, and employed typical architectural features to integrate the building into the street scene. The rear elevations were finished in render with four gables to reduce the scale of the building.

Despite having the appearance of very traditional Cotswold style properties the houses were designed to be highly energy efficient. The building envelope was designed to have a very low air leakage rate and a heat recovery system manages ventilation to minimise heat loss. Heating is provided by air source heat pumps linked to underfloor heating at both levels. Each dwelling was provided with a charger for electric vehicles.

Internally, our objective was to create characterful open plan living spaces with a broad market appeal. 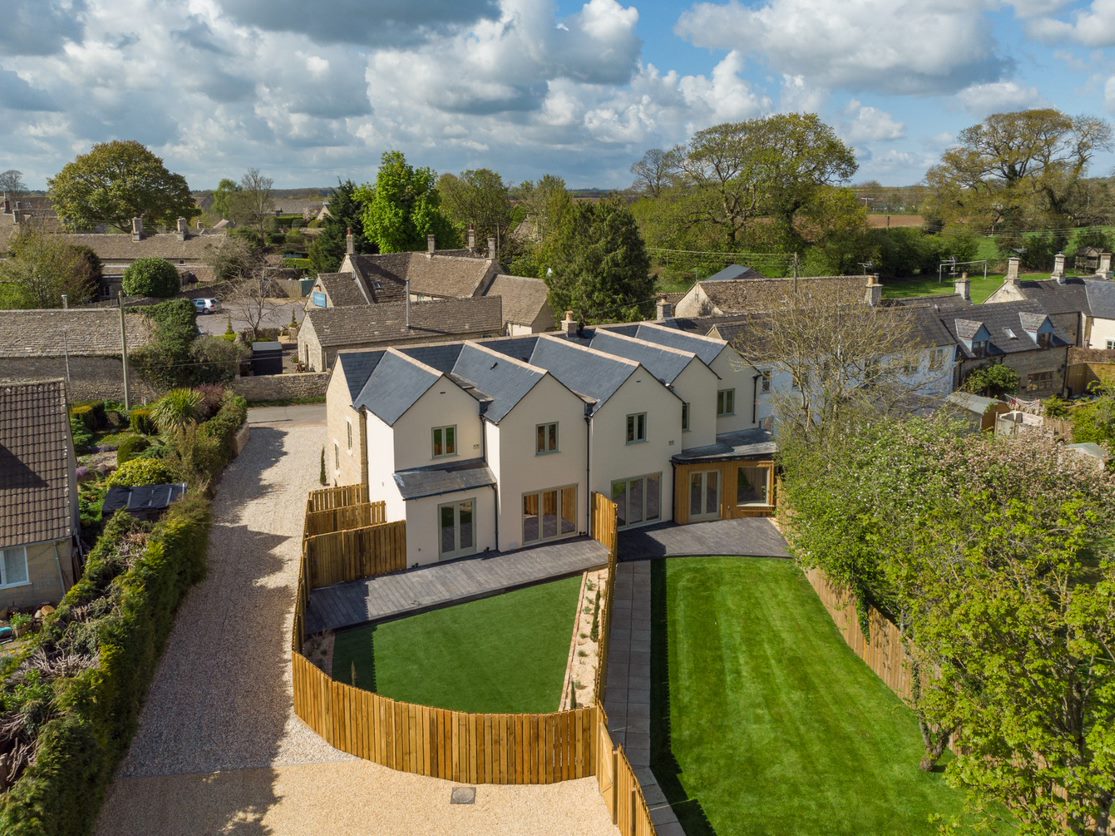 View Architects managed to gain planning permission for two large family homes in an awkward site with numerous planning restrictions. The final solution is an asset to the village and became a profitable investment. We would have no hesitation in recommending them.